We had a busy week last week in the Hunter house.

First up, my amazing husband had his birthday! How can anyone resist a man this cute? 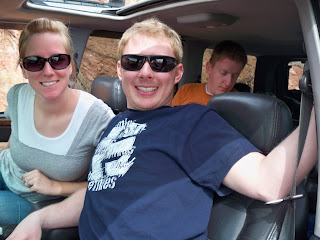 We left Kennedy at home and headed to Lagoon with some family and friends. We had tons of fun!! Maybe it's the fact that I haven't been able to play much this summer, but I felt like a kid in a candy store. After Lagoon Cory went camping with the guys and I stayed home and spent my first night completely alone with Kennedy. It was rather successful. Plus I got the whole bed to myself. I did a dumb thing and bought Black Ops for Cory. He'd really been wanting it so I surprised him. I made him swear he wouldn't play it all the time and ignore me though. So far so good. The following evening my parents took us out to Tucano's for Cory's b-day feast. It was awesome, like always. We had a fun time. I'm lucky to be married to such an amazing man. He really is the greatest thing ever. Happy Birthday!

Next up was birthday #2. My niece Bradlee turned 5 this weekend!! I can't believe she's that old; it's crazy!! She decided to have a pool party. When the party started a storm was rolling in so we hurried and ate and opened presents and then headed to the pool. All the little kids wasted no time getting in the water. But as soon as they did, the storm hit... and WOW!! First it started pouring. We figured it wasn't a big deal since everyone is getting wet anyway. But then it started to hail. HARD!! The hail was remarkably large for Utah as well. The poor kids in the pool were just getting pelted. Tory ran and rescued them and we all tried to take cover in the mechanical room for the pool. Tory and one little girl were covered in welts from the hail. From an outsiders point of view, it was kind of funny: 10 adults and 8 or 9 kids all crammed in this tiny room, breathing hard and shouting over the sound of the hail and thunder and the kids crying because they were either scared or in pain. "Happy birthday Bradlee... Sorry your party's so lame." But like all storms do, it passed and the fun continued. We swam and goofed off. It was the first time all summer I've been able to actually swim - not just bob up and down with a giant pregnant belly - and it was awesome! I LOVE to swim. Anyway, enough about me, I think Bradlee had a great time and she got lots of cool presents that she was jazzed about. She's such an adorable and special little girl. I'm really lucky to be her Aunt. She always makes me smile.

Last but not least, we blessed Kennedy on Sunday. Both Cory and I were really nervous. I know why Cory was nervous since he's the one giving the blessing, but I really had no reason to be other than being terrified she'd cry during it. But, she didn't. Cory gave a wonderful blessing. I'm so grateful to him for being a worthy priesthood holder and being able to do that. It always makes me cry thinking all worthy males are able to hold the power of God and use it whenever necessary. What an amazing thing!! Anyway, we had a potato bar at our house afterwords with all the family and friends that came. Thanks again everyone for all your help and for supporting us! We love you! 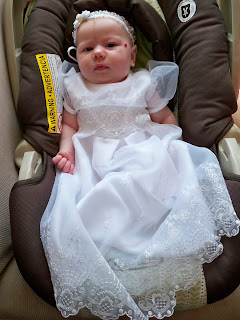 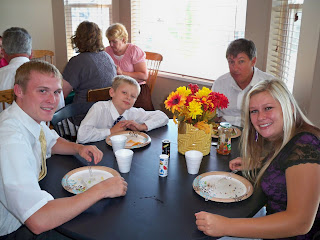 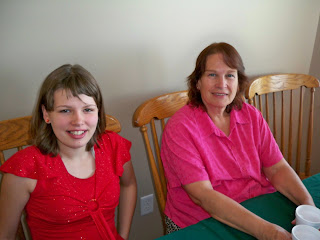 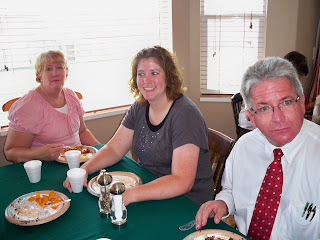 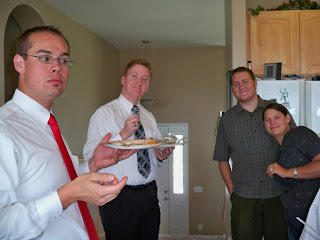 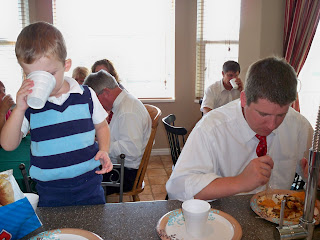 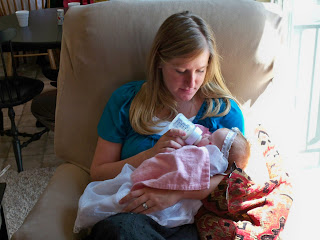 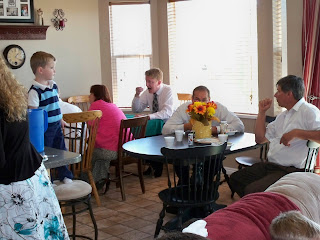 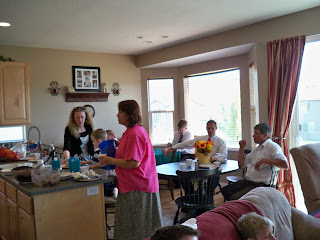 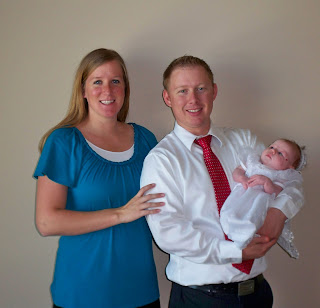 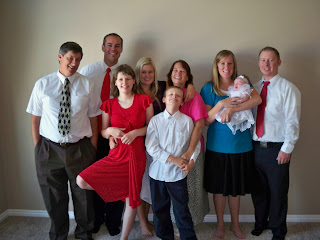 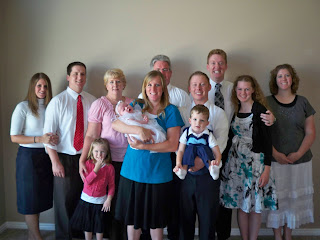