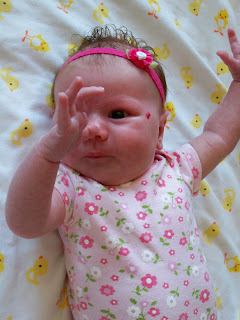 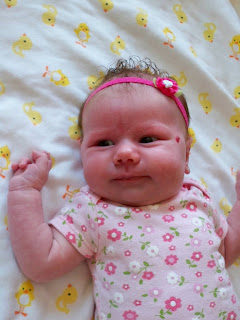 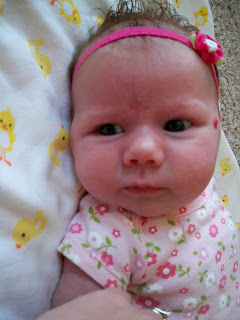 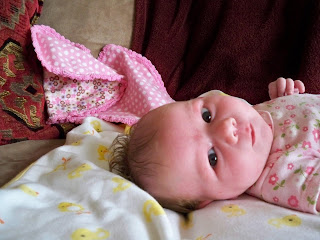 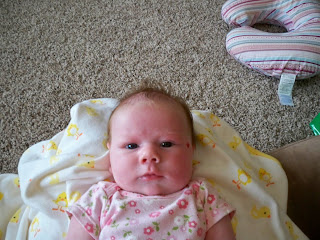 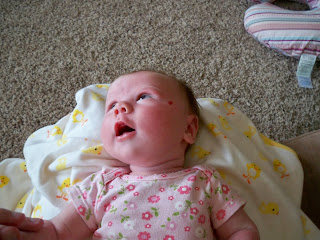 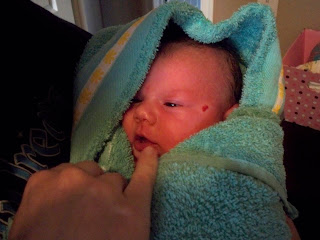 Our baby girl is a month old today. I have no idea where all that time went. The month before she was born was an ETERNITY!! Now, time is just flying by. It's been an incredible month. Motherhood is the hardest, most rewarding sacrifice I've ever experienced. I know some people will laugh at that statement. That's really not fair though because there is absolutely no way to know what it's like until you experience it. And what an experience it has been, and will continue to be. Here are some of the happenings with Kennedy that are worth mentioning:
We're learning more about each other each day.She screams a lot if she's awake and not being held; we're working on that. And I need to start establishing a day routine complete with nap times. But we'll get there. She's still the cutest thing and we love her so much!!!

In other update news, we took a mini-trip to Pineview reservoir the 24th and 25th. We headed up after sacrament meeting on Sunday and hung out with family. Cory, Tyler and the kids went swimming in the lake while the girls hung out and talked. Then we had a campfire and s'mores. I was nervous about "camping" with Kennedy but my parents let us sleep in their trailer. She kept to her schedule until about 3 am when she got cold and kept waking up. I finally pulled her in bed with me around 6. She cuddled right up to me and zonked out until morning. Monday, we rented 2 wave runners to play on the lake with. It was SO much fun!! I probably should have taken it a little easier, I'm pretty sore from it. It had only been 4 weeks since delivery. But it was totally worth it. Around 2 a storm blew in and it got cold and rainy. But we had so much fun while it lasted!! I told myself to take lots of pictures but... that didn't happen. My mom got lots of fun ones, but I only got a couple. I really need to be better at taking photo's. Here are the three that are worth posting: 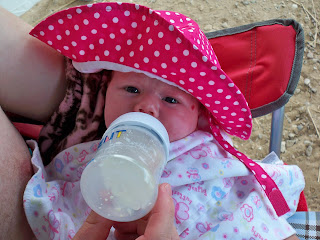 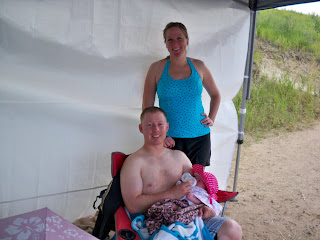 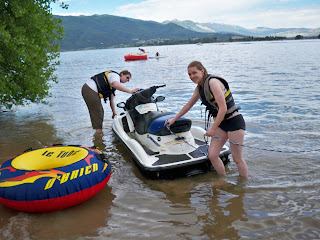 It was fun. Thanks Mom and Dad for providing a great weekend for us!!
Posted by Megan and Cory at 8:58 PM