Last night the Brad Paisley concert FINALLY arrived!! When school let out yesterday afternoon I was so dang excited that I was hopping up and down like a 5 year old! The concert was at Usana Amphitheater. I'd never been to a concert out there. And may never go again... I've never seen so many drunk people in my life. But they did provide ample entertainment. My mom heard some idiots trying to figure out the profit Usana was making by selling $1 beers for $9 and couldn't figure it out. A guy next to us spilled beer on his crotch and tried lighting it on fire. Of all the parts on a man I would think that would be the one place he wants to protect but hey, to each their own. Thank heavens he never went up in flames. That would have ruined the night. Then before Brad Paisley came on, a man ran by in his boxer briefs and stopped right in front of us. After hesitating a moment, he dropped them and kept on running. I'm glad for my quick looking-away-reflexes because it saved me some trauma. And I'm glad my parents were oblivious to the whole thing.

Regardless of the intoxicated idiots, we had a really great time. I had been dying to see Brad for years so I was like a little kid on Christmas morning. Some guy I've never heard of opened the show, then Darius Rucker performed for about 45 minutes. Finally after him, it was Paisley time. Yum, yum, YUM!! :) We sang along and laughed at his jokes. He played his guitar while running through the audience (literally) and took someone's phone from them on the front row and took a picture of the audience. It was funny and I bet that person was just freaking out. I was totally jealous. Even though we were out in the cheap seats (a.k.a. the grass) I still got some fairly decent photo's of him on the jumbo tron even though we had a huge column of speakers right in the way. And if you look closely, you can see him on stage. I took about 50 pictures and couldn't pick just a few so there's a good 12 or so photo's for you to enjoy the Brad Paisley hotness. I went home a very happy woman. It was so much fun. And he's SO good live!!
My mom and Dad 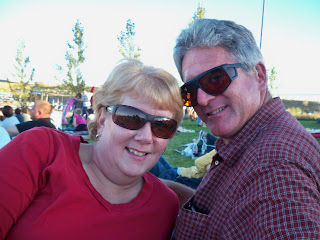 Me and my Parents 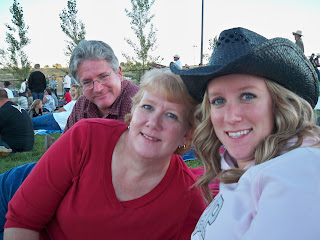 Some pictures of Cory and I 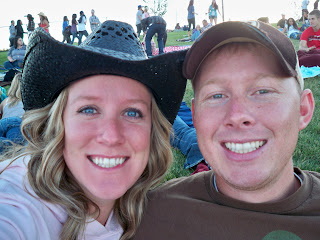 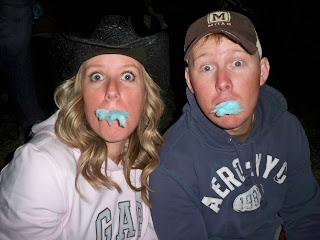 This one was when he was singing "Online". I love the nerdy Matrix reference. 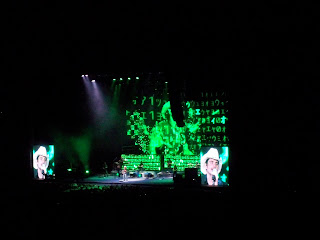 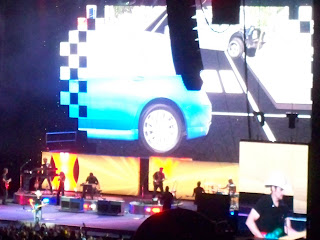 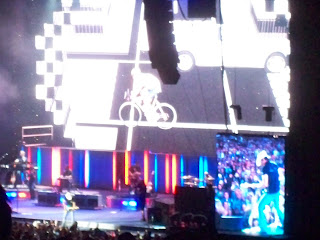 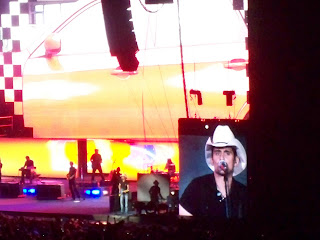 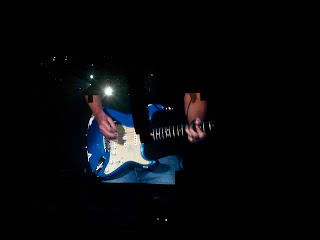 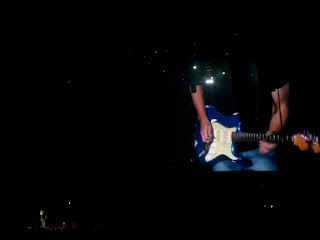 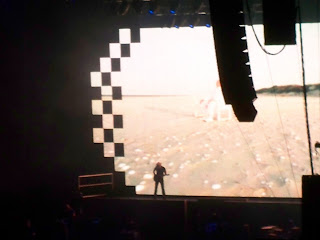 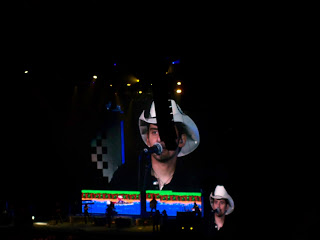 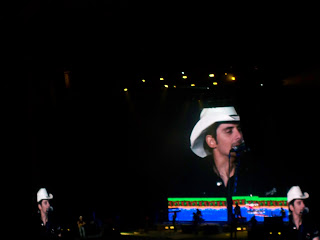 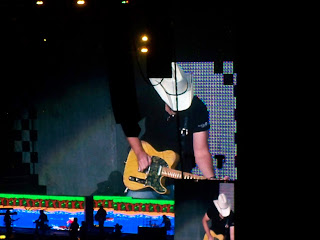 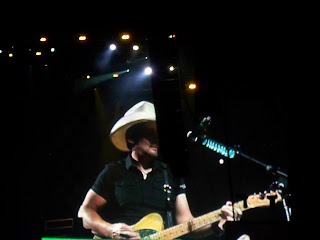 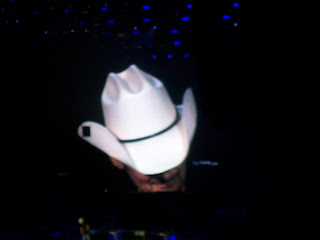 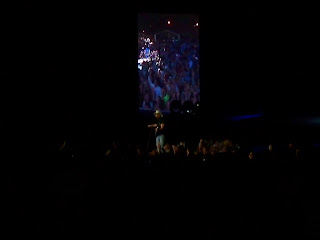