A Fairly Fantastic Weekend (so far...)

Cory started his first round of nights last week and ever since then, I felt like we haven't seen each other. He's been working a ton and has had to go in random days while they figure out which crew they want to put him on permanently. Either way, Friday we really needed to have some fun since it was his only night off. I'm a sucker for the fair, so we decided to go check it out that afternoon. We were hoping for a rip-roaring time, but that didn't happen. We had fun, but it was really hot and we couldn't find anything we wanted to see and our legs were pretty tired from working all day as it was. We walked around looking at all the booths. I bought a pair of sunglasses (my other pair broke this week :( I was not happy about that) and finally found a cute, cheap cowboy hat for the Brad Paisley concert next weekend. Then we were starving and our efforts to find deliciously sinful fair-food were useless and after much arguing and complaining (due to the heat and being hungry) we settled on fish and chips... not what either of us wanted, but oh well. After dinner we looked at the cows, pigs, sheep, and goats. It took all my effort to no puke in the sheep barn. Man, those animals REEK!! But on the plus side, we got to watch a goat throw a public tantrum and yell things. It was so funny! By the end of that we were too tired to care to do anything else so we just left. Sad, I know. I really wanted to ride some rides. But we were both irritable and just needed a change of venue. Not to mention a million people were showing up and crowds make me grumpy. Here are some photos (bad quality because they were taken on my phone...)
Ty, these first two are for you! 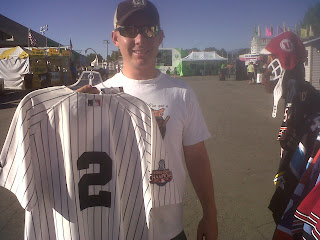 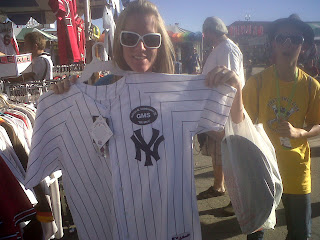 That's a huge white tiger behind me. 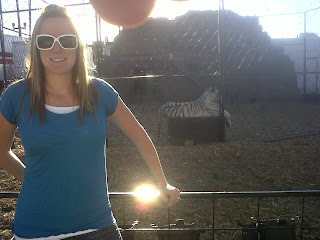 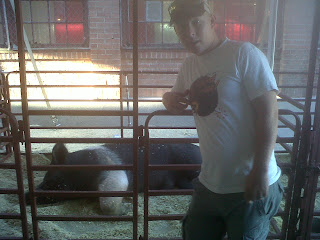 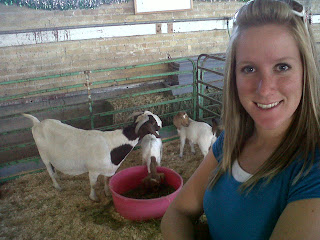 After our first attempt at a fun night out failed, we decided to go check out the Woods Cross, Bountiful football game. My parents were there and my mom begged us to come to that instead of the fair. We showed up and they were tending Bradlee and Brock so the remainder of the night was spent chasing around the kiddo's. Regardless, it was pretty fun. I saw some old friends, old students, and lots of the young women from my ward. I felt loved by the end of the night :). Stupid Bountiful won, of course.

Today, Cory had to work so I headed into Salt Lake with my parents to spend the morning there. We checkout out the library and rode their glass elevator. Then we took Trax to Temple Square and had lunch at the Nauvoo Cafe and sat out on the patio under the trees with the temple right next to us. It was so nice! There were a ton of weddings too so we were not without entertainment. Then we went and visited the new Deseret Book. It's really nice inside. They have a new distribution center in it and everything. After all that touring we decided to head home and rest. Thanks Mom and Dad. I really needed a fun day! Here are more pics, also crappy because they're from my phone. I'll write more below: 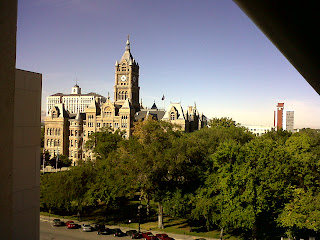 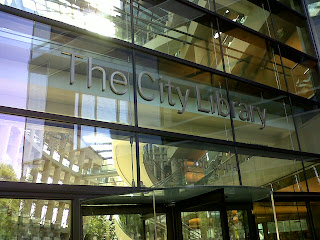 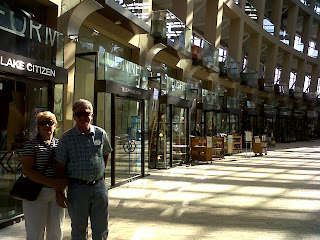 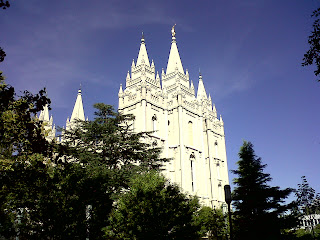 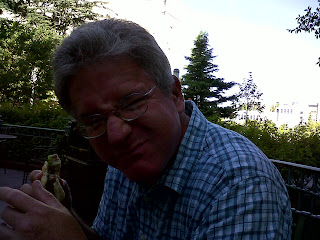 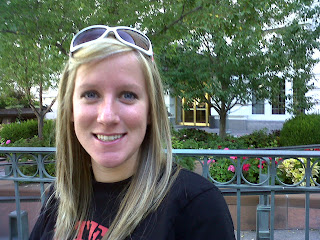 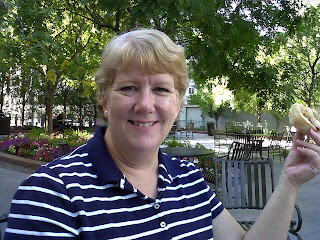 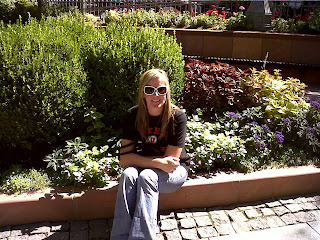 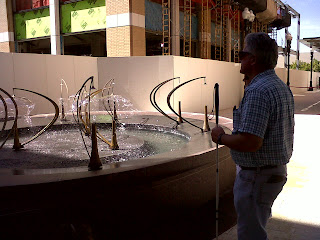 Cory and I are doing well. Like I mentioned above he's working a lot. I've been busy with work and school. My social life has disappeared due to all the homework I have. Sorry guys! But we're happy and doing fine. Hope everyone else is well too!
Posted by Megan and Cory at 2:55 PM

Your parent's are so cute! What I wouldn't give to hang out with mine for a day......glad you aren't taking them for granted:)

Aw! Your picture with the goat reminds me of the Simpsons (of course) when they go to Storytown Village, and Homer tries to make the goat eat the can. "Eat the can!" :) Haha. Glad you had a fun weekend.