Wow, what a fun weekend. We started out Saturday morning with the Race for the Cure. It was pretty fun. I've never seen so many people all doing the same thing in all my life. It was a really easy run and I turned in my fastest 5k time so far. I remember the days when 5k's were major challenges and now they're easy. I did realize however after being passed by lots of people, including a 6 year old, that I just need to accept the fact that I'm a slow runner haha. I may never be one of those people who finishes under 20 minutes. And that's ok. Anyway, here are so picture for that...
Here's all the people. I was at the very start and there were thousands of people behind me. An hour after it started there were still tons and tons of people walking it. Crazy! 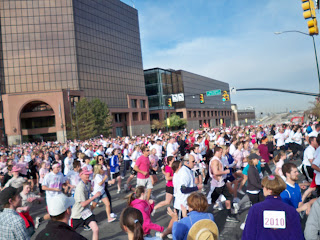 Here's some random people crossing the finish line. My family missed seeing me go across... 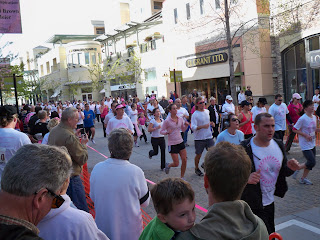 My loving and ever so supportive husband. I love him! 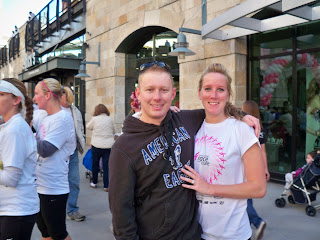 Next we were off to Logan for Dustin's graduation. It was fun to take a mini trip up there. And we're so proud of him for accomplishing something so awesome! They broke down the ceremonies by colleges so it wasn't outrageously long.
Here he is walking 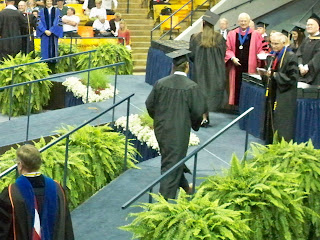 I don't know if you can tell but the guy in line has a brand new baby in his arms wearing a cap and gown. It was the cutest thing I've ever seen!!! The dean made him turn around and show the audience and everyone all together went "Aw"! It was funny. 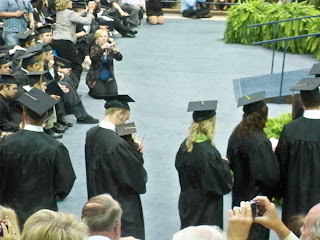 More pics of the happy guy! 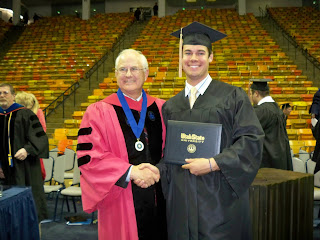 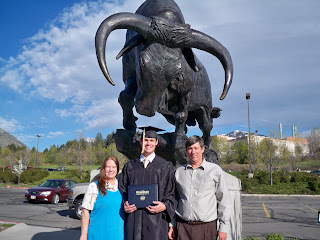 Mother's Day was awesome too, but I'll have to talk about that later. I hope everyone enjoyed their weekend!
Posted by Megan and Cory at 8:05 AM

I'm so glad we got to see each other this weekend and race together! You aren't a slow runner, you have to be a maniac to run it under 20 min!!

Nice pictures. I'm glad you had a good weekend & a successful run! Luv ya.