This morning I had another 5k to run. It's the fundraiser my school puts on every year so I feel obligated, in a good way, to help out. Anyway, last year was cold and it POURED!! This year, no rain thank heavens (my headphones were able to stay in) but it was FREEZING!! In fact, the race started a little early so we could all get moving. The turn out was good and I think most everyone had a lot of fun. I had 3 kids from my class run it and they were all trash talking me that they were going to beat me. Well, one did and when he and his dad passed me, he had a huge grin on his face. Way to go, man! You're awesome! Here are some pictures from that...

Me before the race. It looks warm and beautiful, but it's not 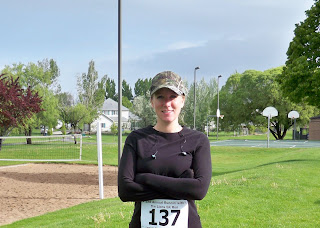 Waiting to start. I'm in the pink shorts. 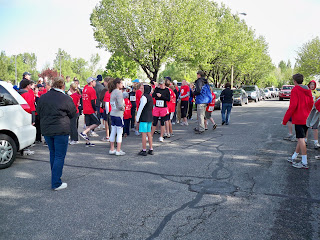 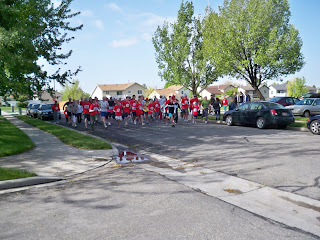 Me trying to shove my ipod in it's pocket 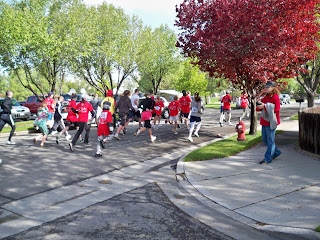 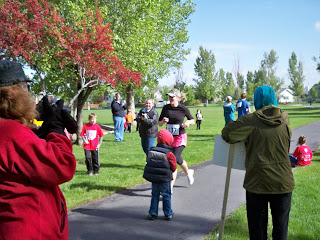 Although 5k's are fun, I think I'm done doing them for a while. I need my Saturday's for much longer runs so I can be ready for my half-marathon. I'm up to 8 miles!

In the afternoon we went out to Tyler and Tory's so we could celebrate Brock's 2nd Birthday. I can't believe he's two already. Where does the time go? He was sick so he wasn't as chipper as usual, but he still had an awesome time. Tory decorated the house while he was out with his dad and grandpa for a birthday lunch. When he came home, the decorations surprised him! 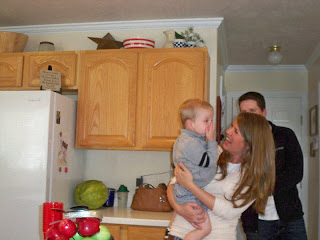 When he saw them he threw his hand over his mouth in a shocked expression for about 10 seconds. It was so freaking cute! He played in the balloons... 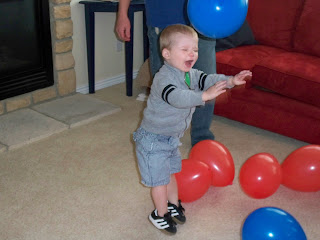 I have cuter ones but this one is so funny! He's screaming in joy, just to clarify...
He opened new shoes that he LOVED 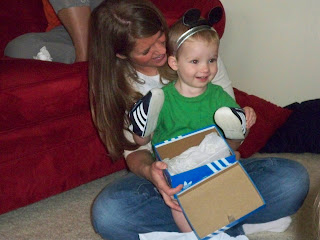 Got lots of clothes, including this t-shirt that couldn't be closer to the truth 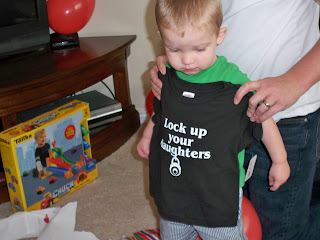 And he wore Mickey Mouse ears the whole time. In fact he had a cow every time they fell off. 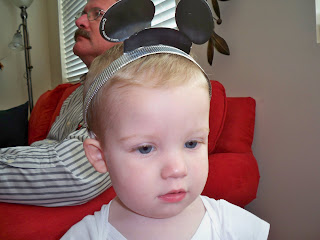 He also got some toys and movies. I think he had a great birthday. Happy birthday buddy! You're the most adorable guy ever! We love you!
Posted by Megan and Cory at 9:35 PM

Good job on another successful 5K! Thanks again for coming to Brock's birthday!

Those are some awesome photos you have from Brock's party. :) He is SUCH a cutie!! Wow, eight miles now too! Very impressive. I need more exercise. I think it would help my brain work a bit better. :)