I have been a major slacker with blogging lately. I'd like to say that I have an excuse, and I could use finals for some of it, but the fact is... there is no reason. So I'm about to overload you with information and updates. First off... Halloween. We had a great time. I wanted to post my two favorite pictures of the kids:
Brock was a little Monkey 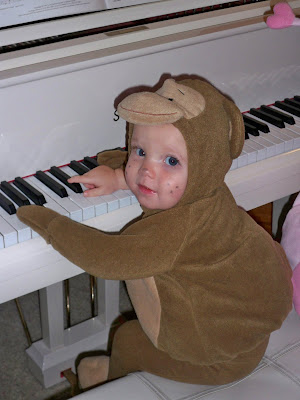 And Bradlee was the most beautiful butterfly in the world: 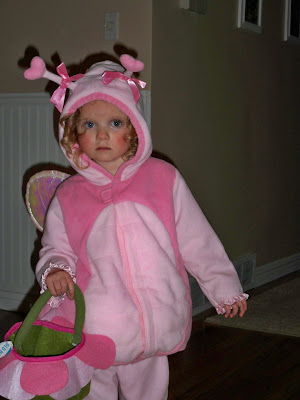 Then life got boring...
We spent Thanksgiving in Idaho with Cory's family. It was fun hanging out with everyone. And Rhonda is such an amazing cook, everything we ate was from scratch. It was delicious! Then things got boring one more time and we dove into finals week and barely made it out alive. Then this week, we went to go see the Zoo Lights for the first time. They're pretty awesome, but it was only 10 degrees so it was flippin' cold!!!
Here we are with some lights: 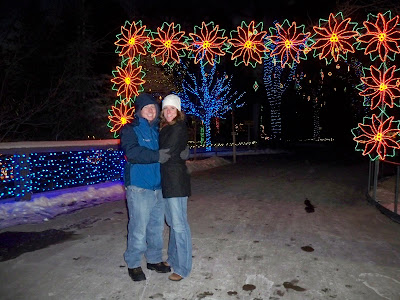 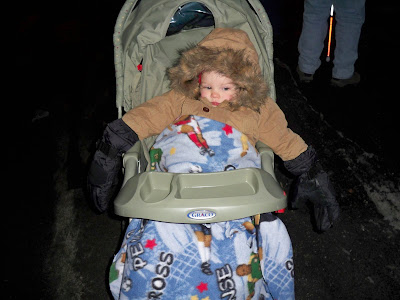 The awesome thing about going in the winter and at night is the cats are out and about. All the other animals have mysteriously disappeared which makes for kind of an eerie setting. However, the cats are still watch-able. We got to see the cougars (I hated typing that word... just so you know...) and they even did their cry/growl/roar thing for us. It was awesome. Then we got to play with the snow leopard cub. Cory would put his hand up to the glass and the cub would chase it and even jump up to try and catch it. It was so awesome!! I waited for 2 hours to upload a video of it but it still wasn't done. You'll have to check it out on Facebook. It was an incredible experience. Here he is with the cub, so freaking cute! It has it's paw up to Cory's hand: 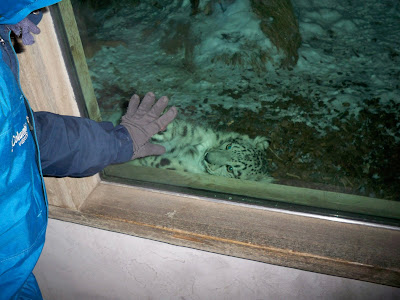 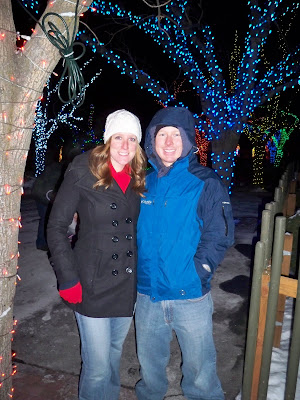 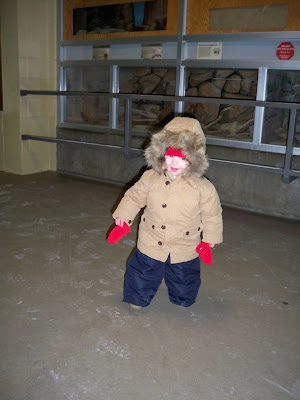 The three tiger cubs we awesome, too. One was right up against the fence. Cory would blow in it's face and make it hiss at him. It was rad. 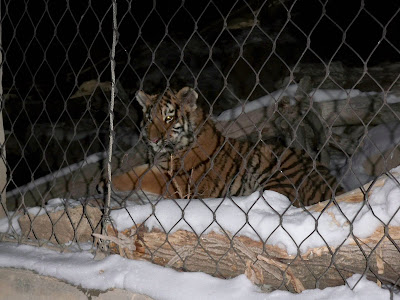 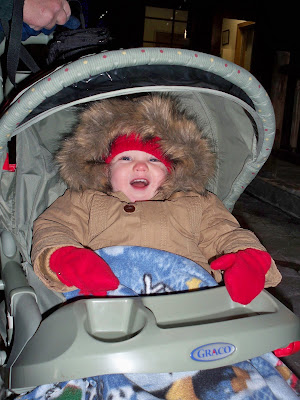 Tyler and Bradlee looking at the monkey's: 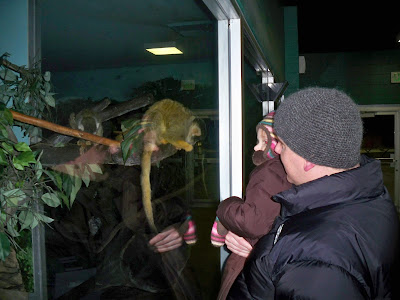 Apparently not everyone was on board for acting like a total fag in this picture... lame wads. 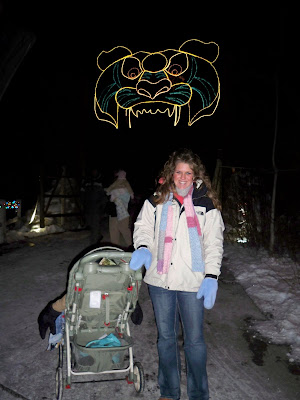 And apparently my Dad weighs the same as a new born elephant... 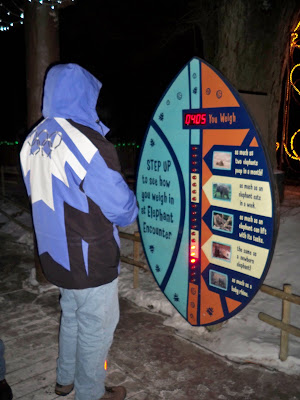 Bradlee kept worrying about Cory the whole time and would get upset when he'd walk away from us, which he does a lot. When we went into the reptile enclosure and he wasn't there, she started crying for him and went to him with arms open when he came in. It was the sweetest thing ever. Then she went around the whole place with him so he could show her the animals. He's going to be a great dad some day: 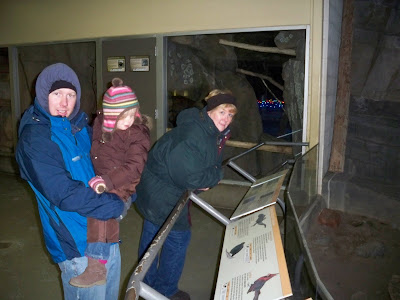 Brock checking out the animals: 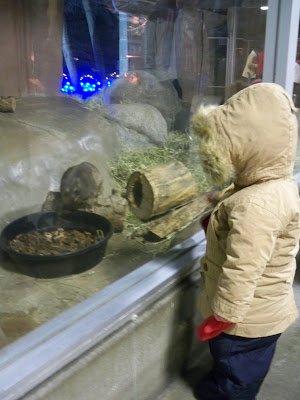 So in conclusion to that episode, the Zoo Lights are fun, but go on a warmer night.

We received some awesome news yesterday. Cory got a letter in the mail that told him he was chosen for the Kennecott scholarship!!!! We're so excited!! I couldn't be happier for him :). They'll send him a check at the end of this month to pay for school and supplies, and then when the spring semester is coming to a close and he graduates, they'll contact him about working out there. We're thrilled. This could mean so many great opportunities to come :)

Also, yesterday, Cory's cousin Landon came home from his mission in Hong Kong. I'd only met him once, so going to the ariport was kind of weird, but his family was so excited and Sharon was so cute about it that I was excited for them. It'll be good to have him home and to get to know him. I want to learn more about Hong Kong, it sounds incredible!!

Lastly, for the Holiday spirit, I wanted to leave you with a little joke:

Did you really just use the term "lame wads"? Ha ha!

Wow, that is so exciting for Cory. Congratulations. That little snow leopard cub is so cute. I really want to see that video!