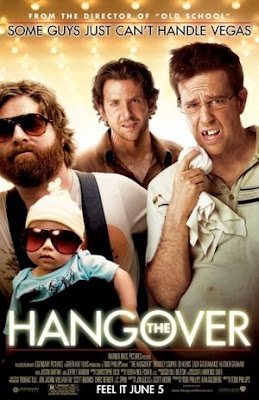 Just in case you need another bit of proof that our world is quickly slipping deeper and deeper, here you are. I will admit when I first saw the previews for this movie, it was incredibly tempting. I really wanted to see it because the front 2 guys make me laugh so hard! But, given the reason for it's "R" rating, we decided it wouldn't be wise. Good call on our part!! I've heard from several people that this movie is extremely crude and vulgar. The actual movie contains the "F word" more times than worth counting, suggestive language and nudity. I listened to the review on KSL (I don't believe it was given by a Mormon because he was fairly positive about it for a second) and he said it was a "hard R," meaning it barely clears the "R" rating. Here's why...
In the end credits, they show snapshots of pictures the guys took the night they were all wasted. Supposedly it brings the whole movie together and you finally find out why they have a baby, a tiger... stuff like that. Well, KSL rated the end credits "NC-17". One of my friends went and saw this, and she told me why. It literally contains pornographic pictures. It shows female and male nudity and sexual acts being preformed. The guy reviewing it also said "I was shocked they were able to show these images in this movie." What is happening to our world? Now you can leave the house and view pornographic pictures with a theater full of other pervs! Our movie ratings are slipping fast. My sister and I were also talking about how in the beginning, Harry Potter movies were rated PG-13 because the images were too scary for younger kids. Now, as the movies get more dark, they are only rated PG, simply because our world is more and more desensitized. I've even noticed how graphic all movies are now. I'm paranoid, and sometimes when I worry about us getting in a car accident, or dying on a roller coaster, or whatever, I can always picture it in my mind clearly. The only reason I can do that is because I've seen it in movies. It's really disturbing. Anyway, I'm really worried about our world. I think we'll have to take very cautious care when deciding what movies to go see from now on.
Posted by Megan and Cory at 8:58 AM