The Auto Expo and Much Ado About Nothing

To help celebrate the long weekend, Cory and I decided to venture out to the Auto Expo. It was a good time for the most part. There were a few cars that were missing (i.e. my Camery, a Subaru WRX STI, and we failed to see any BMW's) and towards the end of the night my back, legs, and feet hurt so bad I started to cry. We were there for 5 hours. We met up with Collin and Elizabeth for the last part of the night. I felt bad because by that point I was a pretty big grump. But, enjoy these pictures. I'll update our week below them. 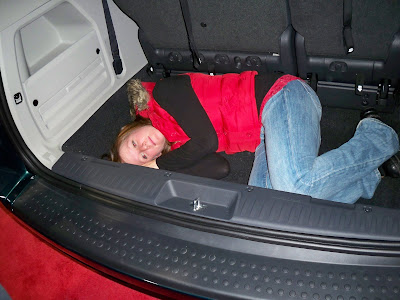 Who knew stow and go seating could be so comfortable? 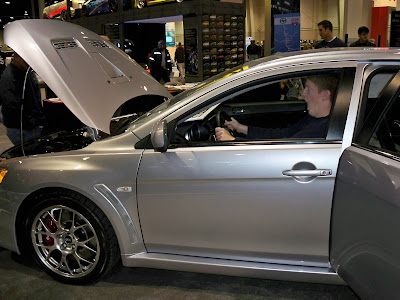 Collin's face is priceless. This is the Mitsubishi Lancer Evolution MR. Pretty sweet. 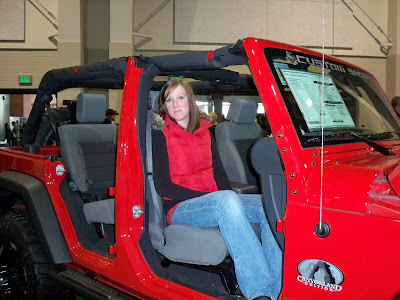 A pretty cool JK. Too bad it wasn't a Rubicon. 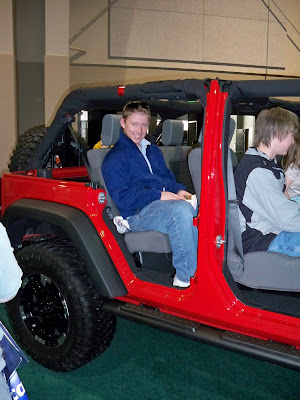 Cory kickin it with some weirdos... 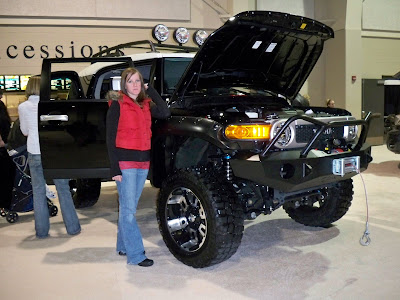 If I look pissed off in this picture, it's because I am. There were SO many people around they kept walking into the picture. Anyway, this FJ is pretty sweet. 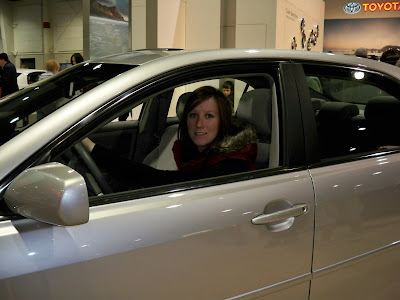 They didn't have my "practical" dream car, so this will have to do as a 2nd place. 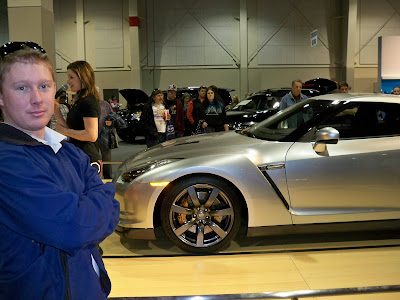 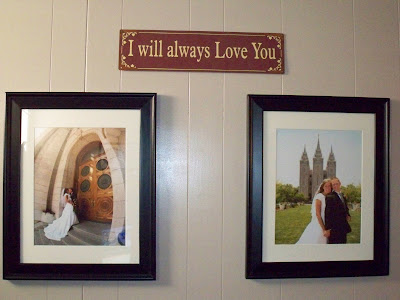 This picture is a little unrelated... it was supposed to go at the top but I can't get it to move, so here it is. After months of being married, I finally bought frames for some of our pictures and hung them up. They look awesome! 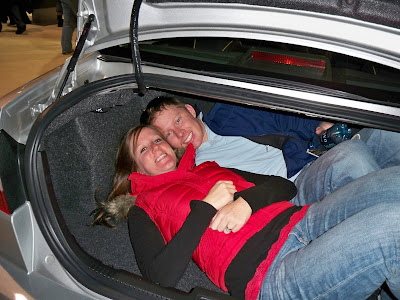 The Lincoln MXZ really seats 7, they just don't advertise that. 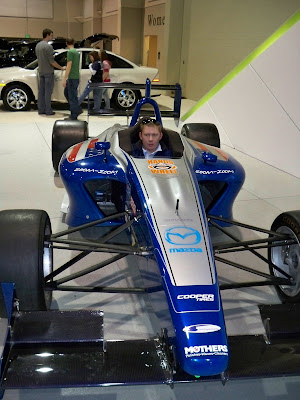 Cory looks angry because he was mad at me for being mad... haha 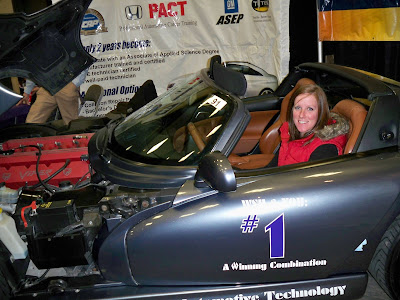 I finally can say I've sat in a Dodge Viper. And Cory can too.

Okay, weekly update. It's been a crazy week for us. Cory is adjusting to school again and to how demanding this semester is going to be for him. He's also been having really bad lower back pain. We think it's because of our bed, but if anyone knows of any remedies, let us know. I've recommended yoga stretches but we'll take any suggestions. It's been hurting him so bad he's having trouble sleeping at night. I feel so bad for him and I wish I knew what I could do to help. But other than that, he's been doing well. He keeps us happy and smiling.

As for me, I've been spending most of my free time doing homework. I have TONS of reading every week for my classes. This week I had plenty of time however. I managed to pull my hamstring on Tuesday while using sidewalk chalk... I wish there was a "long story" to it, but the truth is, I'm just an idiot. Anyway, I've been barely able to walk all week much less spend time at the gym. So I've just come home every day and sat down and read or watched tv. But being physically useless has helped me realized something. I've been too hard on myself with wanting to shed a few more pounds. My problem is, I want them gone NOW. But doing what would be required to make that happen isn't healthy and I want to be healthy. These things take time. So, I'm going to be patient and slow things down a little bit. I've been feeling great from exercising and it's helped my self-esteem a lot so far - which I really need. So I'll just keep focusing on those positives and the weight will be gone in time. I've also been having a better attitude at work since Christmas Break ended. I'm having more fun with the kids and things are just... better. It's been good.

We were really blessed this week also to be able to go shopping and get a bunch of things we've been wanting for a while. Besides being busy, it's actually been a really good week with a lot of blessings. Life is going well for us and hopefully things keep getting better.
Posted by Megan and Cory at 8:49 PM

I am so happy that you are very optimistic about things. You look really good in your pictures. It sucks, cause I am sick and can't work out right now and it is driving me nuts!!! I am totally the same way with the whole weight loss thing. I want it, and I want it NOW!! That is probably why so many people show up at the gym after New Year's for about a month, then tapers off. The ones that stick around get all the results. I have to keep learning that. The car show looked fun this year, and had some really cool looking cars. Who is Elizabeth? Is that collin's girlfriend? Well, I am glad you had a great weekend.

Awesome pictures! I wish I had a camera like that . . .

I made sure to show Tyler this post. He was pretty excited.