2008 has been a big year for us! Here are some pictures to highlight some of the great things that have happened. 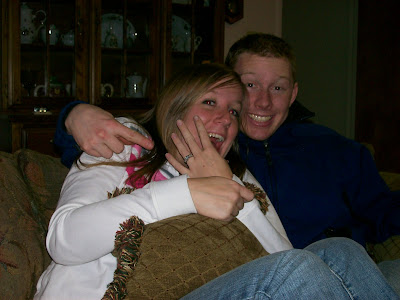 January 31st we got engaged. The night he asked me I didn't see it coming because it was after we went to President Hinckley's viewing. Cory didn't really have a plan either, but he had brought the ring just in case there was an opportunity. We walked around the temple after the viewing and we were the only 2 people there because it was like... 10 degrees. Anyway, we were talking about getting married there when he got down on his knee and asked me. It was magical! 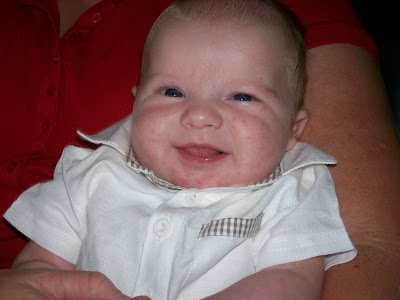 In May, little Brock blessed Tyler and Tory. I don't have a newborn picture of him but this will have to do. He is the sweetest little boy. He is always smiling and just so happy and content! We're so blessed to have him in the family. 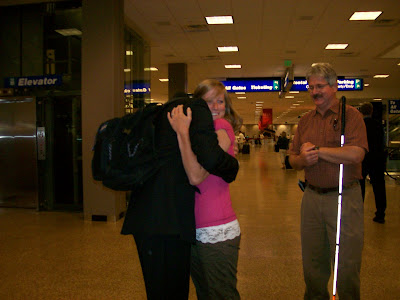 June - Collin came home from the Florida, Ft. Lauderdale mission. We were actually in the wrong terminal when his flight landed. So he got off the plane with other missionaries all excited and we were no where to be found. But we quickly found out where to go and we literally ran there. Collin saw me hauling butt down the CORRECT terminal and we ran at each other and hugged, just like in the movies...aw... Anyway, we're glad to have him back!! 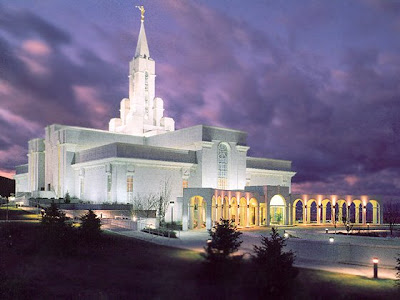 June- I went through the temple for my first time. It was incredible and we attend often. There is no happier place than here. 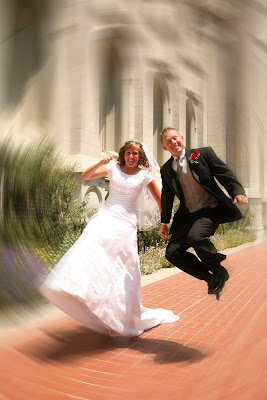 June 26th, WE GOT MARRIED!! I keep wishing I could relive that day. It was so amazing. It was the best day of our lives. 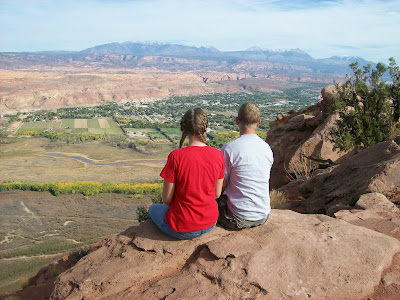 October - we went to Moab. The weather was perfect and I actually got to drive a lot this time. 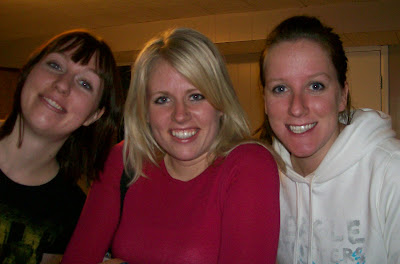 December - I was able to catch up and reunite with old friends. This one just barely cleared the 2008 category because it was taken last night haha.
It's been a great year. There have been some sad things about it as well, but I'm not going to dwell on those, obviously. Bring on 2009!!
Posted by Megan and Cory at 10:40 AM

Way cute post Megan!! Very cute pictures too. I especially liked that one of you and Cory on your wedding day. Very fun!!

It was very fun getting together. It was good to see you and Mary again. We definitely need to get together again soon. Maybe sledding the next big snow storm?

YAY my friend! I am happy we were able to meet and stay friends in 2008!!!! Thank you for always being there through all of the crap I had to go through...but I am pretty sure 2009 is going to rock for me! :)