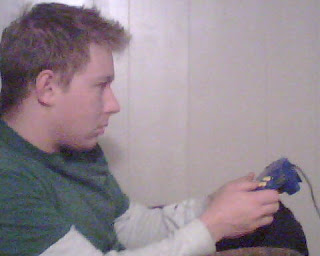 I've got to say, watching Cory play Nintendo is so funny. Cory is a problem Solver. If something is wrong, he fixes it and he keeps trying till the job is done. Such is the case with this. We pulled out my Nintendo 64 a few weeks ago and he's been playing Mario off and on. It's hilarious because on every star, he figures out how it's done and plays until he gets the star no matter how long it takes him. It's a riot!! And he almost never gets as frustrated as I can when I play that game. It's why I love him. I can't wait to see how he handles the Wii we might get for Christmas.
Sent via BlackBerry from T-Mobile
Posted by Megan and Cory at 4:36 PM